We'll get back to you within 24 hours

Mr & Mrs B were aged 52 and 54. They were married for 20 years and had three adult children. Mr B was a retired Superintendent with 30 years service. He lived with his new partner in a jointly owned property and was therefore adequately housed. Mrs B was a full time sales assistant living in the 3 bedroom Former Matrimonial Home (the “FMH”) with no pension. The parties had discussed financial matters directly and reached an agreement they were both happy with.

Mr & Mrs A were aged 36 and 29. They were married for 3 years. There were two children aged 4 and 2. Mr A was a Police Constable working full time with 10 years service. He was having minimal contact with the children at the Former Matrimonial Home (the “FMH”). Mrs A was a Police Constable working part time with 8 years service. She was reluctant for Mr A’s contact with the children to increase or move away from the FMH. Mr A had moved in with his new partner into her property.

Mr & Mrs D were aged 43 and 42 years respectively. They were married for 4 years and had one child together, aged 3. Mrs D was a Paramedic with 14 years service. She had three children from a previous marriage. Mrs D continued to live in the 4 bedroom Former Matrimonial Home (“FMH”) with her three children from a previous marriage. Mr D was a health care professional, but unemployed at the time of the divorce. He lived in privately rented accommodation. The care of their child was shared between them. The FMH had been purchased by Mrs D in her sole name prior to meeting Mr D. Mr D never contributed financially to the FMH. The parties attended a local mediation service to negotiate a financial settlement.

Mr & Mrs C were aged 31 and 30. They were married for 10 months, having lived together for two years prior to marriage. Both Mr & Mrs C were Police Constables working full time with 6 years and 5 years service respectively. Mr & Mrs C reached their own financial agreement prior to instructing solicitors.

We offer a free initial consultation, giving you plenty of time to ask questions tailored to your personal situation so that you can make informed decisions on whether, and how to proceed. Call Ana Bedingfield on 01245 504904 or 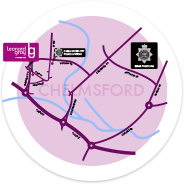 10% off all fees for emergency services personnel

POLICE OFFICER: “I had a consultation with Sarah Orrell regarding divorce, financial and child custody matters. It was a very friendly and professional service. My options were explained to me in layman’s terms with no pressure to instruct the company to act on my behalf. Sarah went through everything at a pace that was easy to follow and was happy to elaborate on anything I wished to discuss. I would not hesitate to recommend Sarah to anyone looking for advice on such matters.”

This website uses cookies to improve your experience while you navigate through the website. Out of these, the cookies that are categorized as necessary are stored on your browser as they are essential for the working of basic functionalities of the website. We also use third-party cookies that help us analyze and understand how you use this website. These cookies will be stored in your browser only with your consent. You also have the option to opt-out of these cookies. But opting out of some of these cookies may affect your browsing experience.
Necessary Always Enabled
Necessary cookies are absolutely essential for the website to function properly. This category only includes cookies that ensures basic functionalities and security features of the website. These cookies do not store any personal information.
Non-necessary
Any cookies that may not be particularly necessary for the website to function and is used specifically to collect user personal data via analytics, ads, other embedded contents are termed as non-necessary cookies. It is mandatory to procure user consent prior to running these cookies on your website.
SAVE & ACCEPT

We continue to monitor and review our working practices in light of Government and Public Health England guidance during this pandemic. Whilst we strive for a high level of uninterrupted service for our clients we are also taking steps to minimise the risk of infection to both you and our staff.